World of Bluegrass 2013: The Owensboro Vision Realized in Raleigh

Raleigh is a major reframing, a sincere transformation of WOB, but much in the spirit of Tony’s speech, it not only preserves but strengthens what is essential.

This week saw the Owensboro vision of 1985-1986 brought fully to life. I wish Terry Woodward, Sonny Osborne, and Burley Phelan could have seen it.

This was it in remarkable detail almost 30 years later in a different place with different people, but I saw what we talked about all around me come to life.

That is the original vision for IBMA and Owensboro fully realized in 2013 by IBMA and Raleigh. Congratulations to Nancy Cardwell, Eddie Huffman, PineCone, William Lewis and the IBMA board, the host committee, Mayor Nancy McFarland, planning director Mitchell Silver (the Robert Moses of our generation), and everyone involved. I dissed my ole home town for decades, but ain’t gonna do that no more (except for the traffic, of course).

Charlie Monroe with the Spencer Brothers on WPTF Raleigh 1946

This was what we wanted to do in Owensboro, create both an industry event and events that built the industry by engaging new consumers and branding a city with bluegrass. When we moved to Louisville and Nashville we lost the chance to brand but much more importantly, made a horrible mistake of convenience in taking Fan Fest totally indoors. That led to WOB becoming insular rather than expansive and Fan Fest almost useless for creating new fans.

Raleigh stood that tired approach on its head and welcomed thousands to bluegrass. 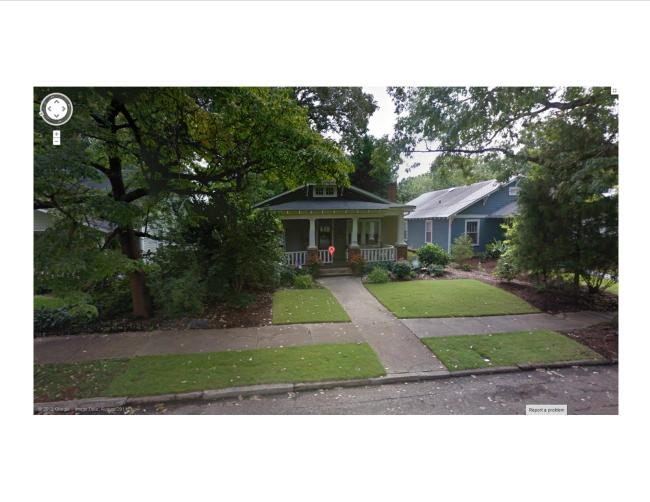 Bill and Caroline Monroe lived here at 1208 Fillmore Street in Raleigh during 1937 as Jan Johansson discovered below.

This reframing, of course, creates questions. Producing and marketing massive, popular events on Friday and Saturday makes them much more obvious than workshops and seminars on Wednesday. Yet as we saw, those worked very well.

Memorial Auditorium is not the Ryman in wow factor or history, but it can hold more people much more comfortably, and Charlie Monroe did live in its parking lot during 1937.

The Tennessean of Nashville

And best by David Menconi in The hometown News and Observer

Another key statistic is IBMA membership, which got a bump from the buzz of this year’s convention. Membership is up 25 percent this year, according to IBMA executive director Nancy Cardwell.