The Darkest Hour & The Dawn: The Future of IBMA by Henri DesChamps, former board member| The Bluegrass Situation http://ow.ly/F3rjD

I write to you as one of the two dozen people who created IBMA, our first board secretary, the first IBMA Executive Director (1985-1990), two term member of the IBMA board (1998-2004), and Distinguished Service Award recipient (2007). I also bring three decades experience working in non-profits and forty years now serving on non-profit (both (c)3 and (c)6), chamber of commerce, and local government boards and commissions. I have been in your shoes many times over.

I said all that to say this: IBMA is confronting serious problems, even if there are problems of perception, they remain powerful. Solving them requires bringing in the membership as part of the solution and taking big symbolic acts that prove that a new day has dawned. These issues will not just go away.

Please look at recent history to see how the failure to achieve resolution over the military anthems matter directly led to Dan Hays resignation. Had the original problem been addressed quickly and openly, Dan could well still be working for IBMA. Let’s learn from our history and construct a redemption narrative.

The single most important step in rebuilding trust and moving forward is for the board to admit that a problem exists and to own that problem. A power struggle within a membership organization’s board simply cannot be tolerated. This is a breach of trust and a failure of leadership, not a mere “distraction.”

The second step comes in the form of a symbolic act of self-sacrifice for the greater good. The chair’s role comes with many heavy burdens. These are often unfair, but that is something one has to consider before taking on that role. Just as with POTUS, even when you have done the right thing, when matters go wrong, it is the chair’s fault and the chair has to take the responsibility. Too many issues have emerged on Jon’s watch for Jon to be an effective chair going forward. As dedicated as he is to IBMA – and I am very sure that he is totally dedicated – the most positive act Jon can take for the health of IBMA is to resign as chair. Falling on his own sword would be a courageous and selfless act for the greater good.

The third is open, two-way communication that encourages members to speak on the IBMA Google Group and through direct communication with the board. The culture of fear to speak freely is such a massive issue, mentioned by so many current and former members that it has to be brought to light where it can no longer propagate. Members own the organization and need to be able to speak freely. Lack of information fuels speculation. The less the board communicates accurate information, the more the realm gets filled with speculation and misinformation. The board needs to own and reverse its role in this dialectical process.

In this regard, the IBMA board badly misunderstands the principle of “the board speaks with one voice or not at all.” Only the chair speaking is one of the biggest sources of member and former member mistrust. What the principle means is that once the board has decided a matter, all board members support that decision. The membership wants to hear all 19 voices on the list (even though it should be 7 to 9 voices, not 19). Without that mistrust will continue to build. Only the chair speaking makes IBMA look like a repressive regime rather than a membership-run trade association.

I greatly fear that if the board fails to take strong, focused action along these lines the lifetime of IBMA will grow short.

My column for the Sunday, November 16, 2014 edition of the Chapel Hill News, part of the News and Observer.

I have recently been digging into research about two specific people: Carlton Haney and Hazel Dickens. The projects are separate, but the work overlaps in unexpected ways. Carlton Haney’s business cards I found scattered on the floor of his office read: “Carlton Haney: ‘Nuff Said'”… but there is so much to this man and what those initial festivals mean to listeners and fans today. And Hazel Dickens… I have to separate myself from listening and researching her. At times it becomes consuming and overwhelming.  Her songwriting is just a facet of who this woman was– strong, aware, unafraid and constantly searching and creating. In both Dickens and Haney I see pieces of those I love and glimpses into who I would like to be.

These are a few images from my fieldwork regarding Carlton Haney. His collection will (to the best of my knowledge) be debuted at Appalachian State University in the near future. 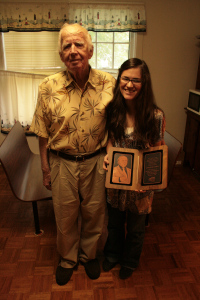 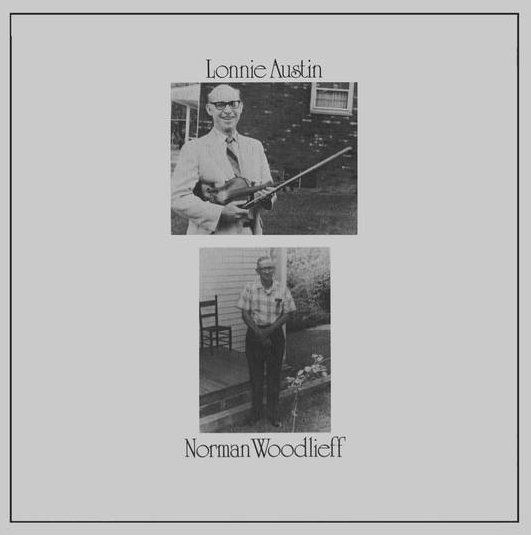 Outside the auditorium of Morehead High School in Eden, the night air chills. Inside, the mostly middle –aged audience is warm and friendly. They have gathered to share their rich heritage of old-time music, one that has survived in the Eden area for almost a century.

The current embodiment of that sound provides back-porch music. The Rockingham County Sheriff executes a clog dance while the band plays rhythmically along. One of the three fiddles usually takes the lead; the banjo, guitars, mandolin, and piano surge forward in unison. No jazzy bluegrass solos, no smooth Nashville pop, no honky-tonk songs about cheating husbands.

`This is the sound of country music’s earliest commercial period, the 1920’s and 1930’s. Then it was called hillbilly music, and it was made by rural…