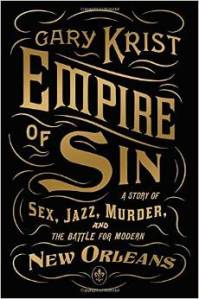 Published just before Halloween last, Gary Krist’s Empire of Sin: Sex, Jazz, Murder, and the Battle for Modern New Orleans moves with novel-like page-turning speed despite being based in substantial primary historical research. Krist attempts to weave into one narrative an assortment of stories from NOLA during the three decades from 1890 to 1920.

Those expecting merely a history of Storyville, still America’s most famed red-light district almost a century after its demise in 1918, will be surprised to jump in with a story about an ax murder. In fact, Krist wraps the entire book around the still unsolved and still alleged serial killing spree of “The Axman.”

Within that frame, Empire of Sin hits its stride in the tales of Tom Anderson, the state assemblyman popularly called “the Mayor of Storyville” and of the early years of jazz from Buddy Bolden through Sidney Bechet and Kid Ory to Louis Armstrong. Never inserting dialog or scenes that are not documented in primary sources or memoirs of those involved, Krist offers stories as vivid as any novel. Nonetheless, he carefully connects the events to economics and politics and how those forces created and destroyed Storyville and sent jazz out into the world.

The shortcomings of Empire of Sin derive from its broad reach as true crime story incorporating a history of New Orleans during the Storyville era. Despite vast research, Krist leaves the identity of “The Axman” unresolved, more or less. “The Battle for Modern New Orleans” subtitle proves utterly overstated as what he traces is the battle for New Orleans of the 1920s. Only a couple of forced paragraphs trace the links between the times Krist studies to the tourist mecca that the Crescent City is today despite Katrina. That said, Empire of Sin is a gripping and enjoyable read.

The Power of Just Doing Stuff – YouTube http://ow.ly/H3Dlq One of many extraordinary videos you can find at http://radicallocalism.com/radical-localist-video/

Although his appearance and vigor belie his 82 years, Charlie Keith has been nurturing Charles R. Keith Arboretum since acquiring what was run down farm property in 1963. Located a few miles west of Calvander, a rural crossroads on the northwest edge of Carrboro, NC, Keith Arboretum contains some 4000 species from around the world. 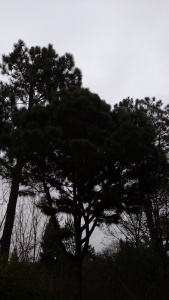 The species come from Zones 1 through 9 providing an astonishing variety ranging from native North Carolina species to desert ones to trees from China, the mountains of Taiwan, and Labrador. Each bears a metal tag with its Latin name. You can learn more about Keith Arboretum, take a video tour, and make a donation to the small foundation created a decade ago to support it at http://www.keitharboretum.org/

Becky and I spent an amazing and fulfilling two hours following Charlie around the grounds. We heard the stories behind dozens of trees foreign and domestic, astonished at the diversity so near to the farm where my maternal grandfather grew up. Charlie continues to add new specimens, supplied by a network of colleagues and fellow collectors. 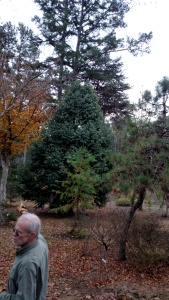 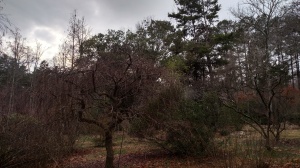 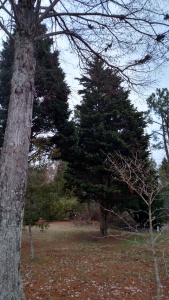 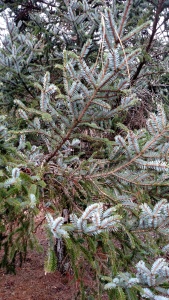 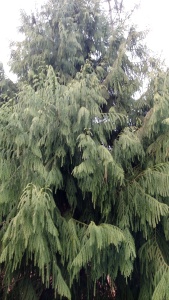 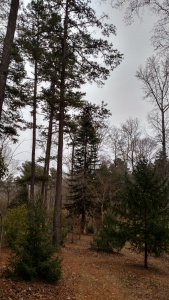