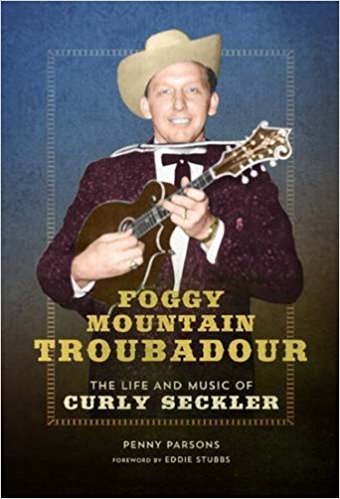 Shortly after noon central time, Curly Seckler one of the last living links to pre-World War II southern music, died on December 27, 2017, two days after his 98th birthday. Curly began playing music professionally in 1935, more than a decade before he would become a bluegrass music pioneer. In 1938, Charlie Monroe hired him shortly after the Monroe Brothers’ streams diverged. Even before the 21st Century began, Curly had already played music professionally in seven decades.

Even when he was little older than I am now, he seemed to me of an early time, of music played in school houses, bars, and drive-in movie theaters. Like his friend Doc Tommy Scott, Wade Mainer, Aunt Samantha Bumgarner, Dellie Norton, Howard Armstrong, Norman Woodlief, or Joe and Odell Thompson. He could connect you to a time you’ll never know, in a place that hardly resembles what they knew.

44 percent of millennials would prefer to live in a socialist country, compared with 42 percent who want to live under capitalism. For older Americans, the collapse of Communism made it seem as though there was no possible alternative to capitalism. But given the increasingly oligarchic nature of our economy, it’s not surprising that for many young people, capitalism looks like the god that failed.

Nowhere is that clearer than in the wretched tax bill passed by the Senate in the early hours of Saturday morning, which would make the rich richer and the poor poorer.